While working for the City of Rochester in 2021, I was commissioned to build a low-cost model of the downtown to help with masterplanning the removal of the upper deck of the Broad Street aqueduct. The aqueduct had originally been constructed to allow boat traffic on the Erie Canal to cross over the Genesee River through the center of the city, and later was covered to form a stretch of the city's now abandoned subway. In the contemporary landscape however, the aqueduct is a physical barrier to a potential pedestrian and bicycle corridor across the city.
The topographic model I created helps visualize the impact removing the bridge deck can have on sightlines, public access, and the surrounding streets. Segments of the bridge and surrounding topography can be removed to reflect the impact of removing the bridge deck and regrading the surrounding streets. There are also hollow areas to reflect where the remnants of the subway tunnel continue to encourage the use of these spaces. The model has been used in public meetings and discussions with the design team. 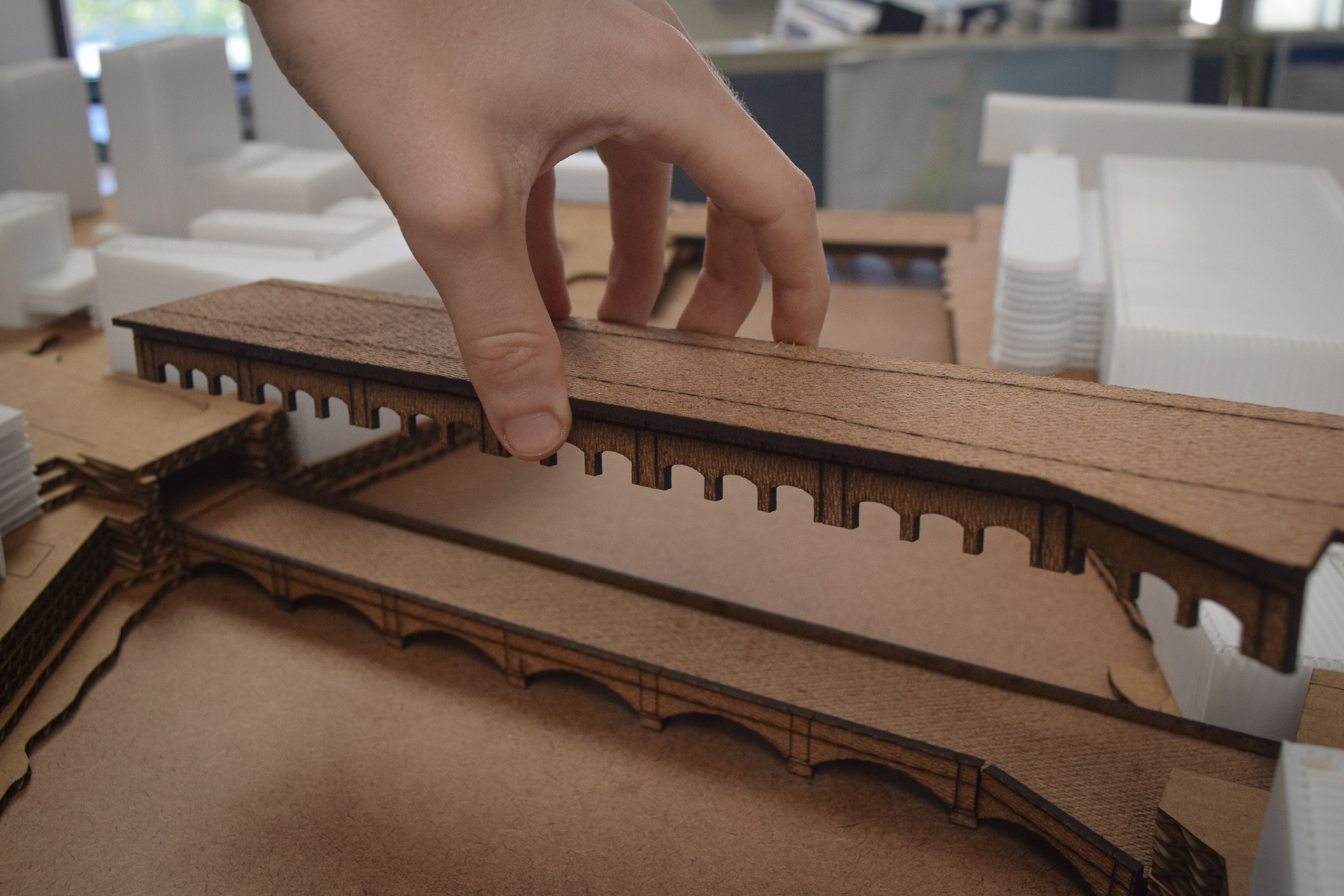 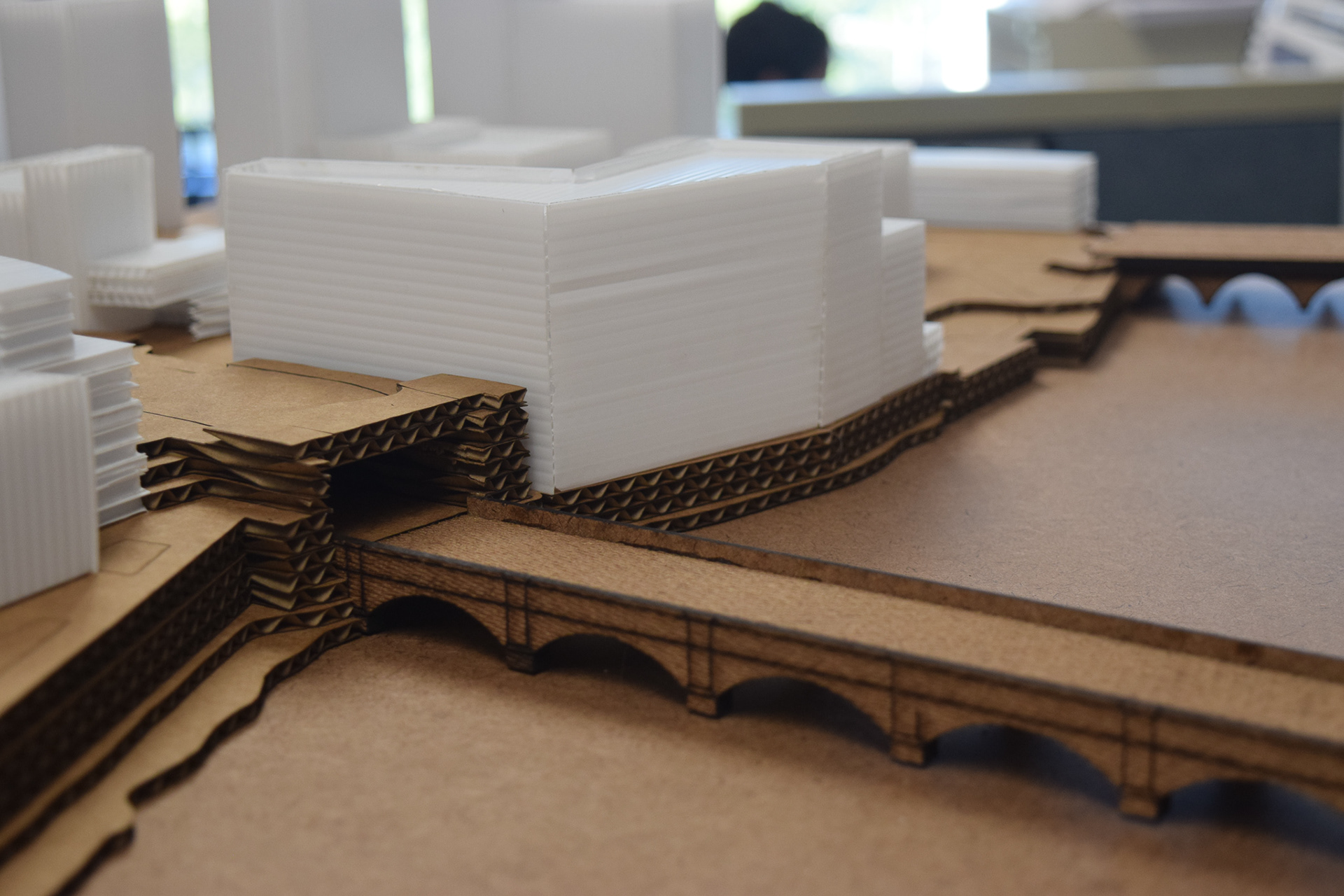 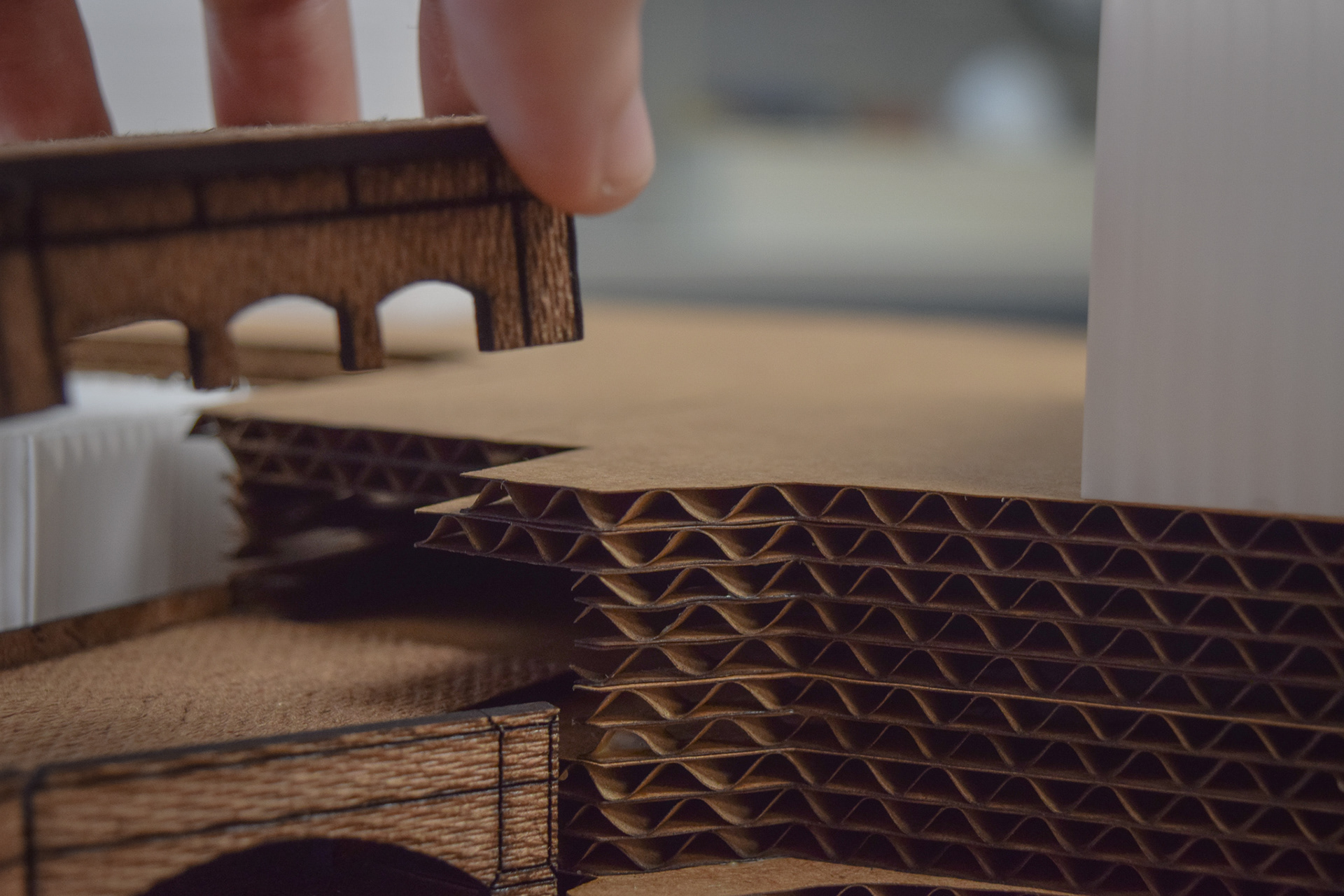 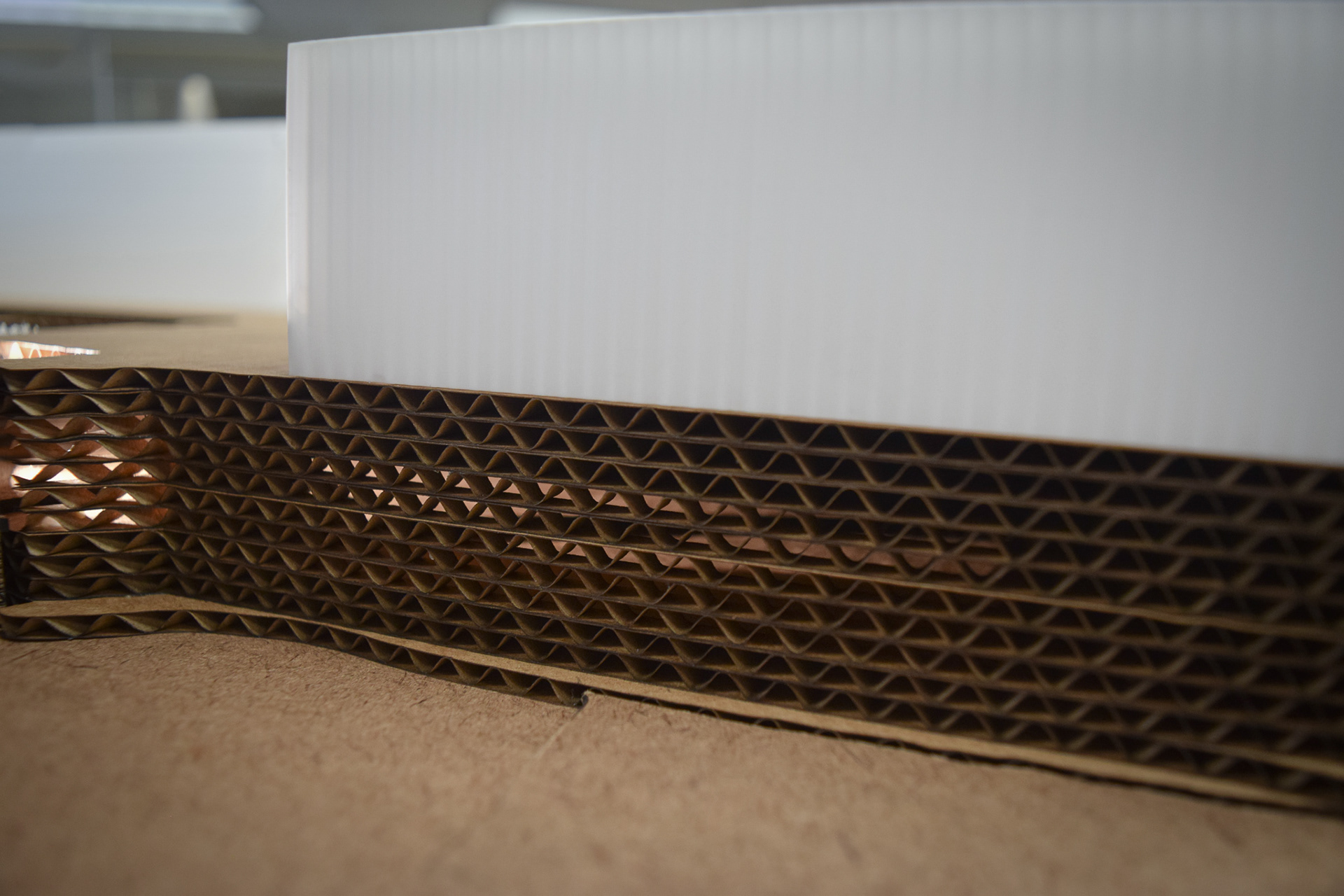 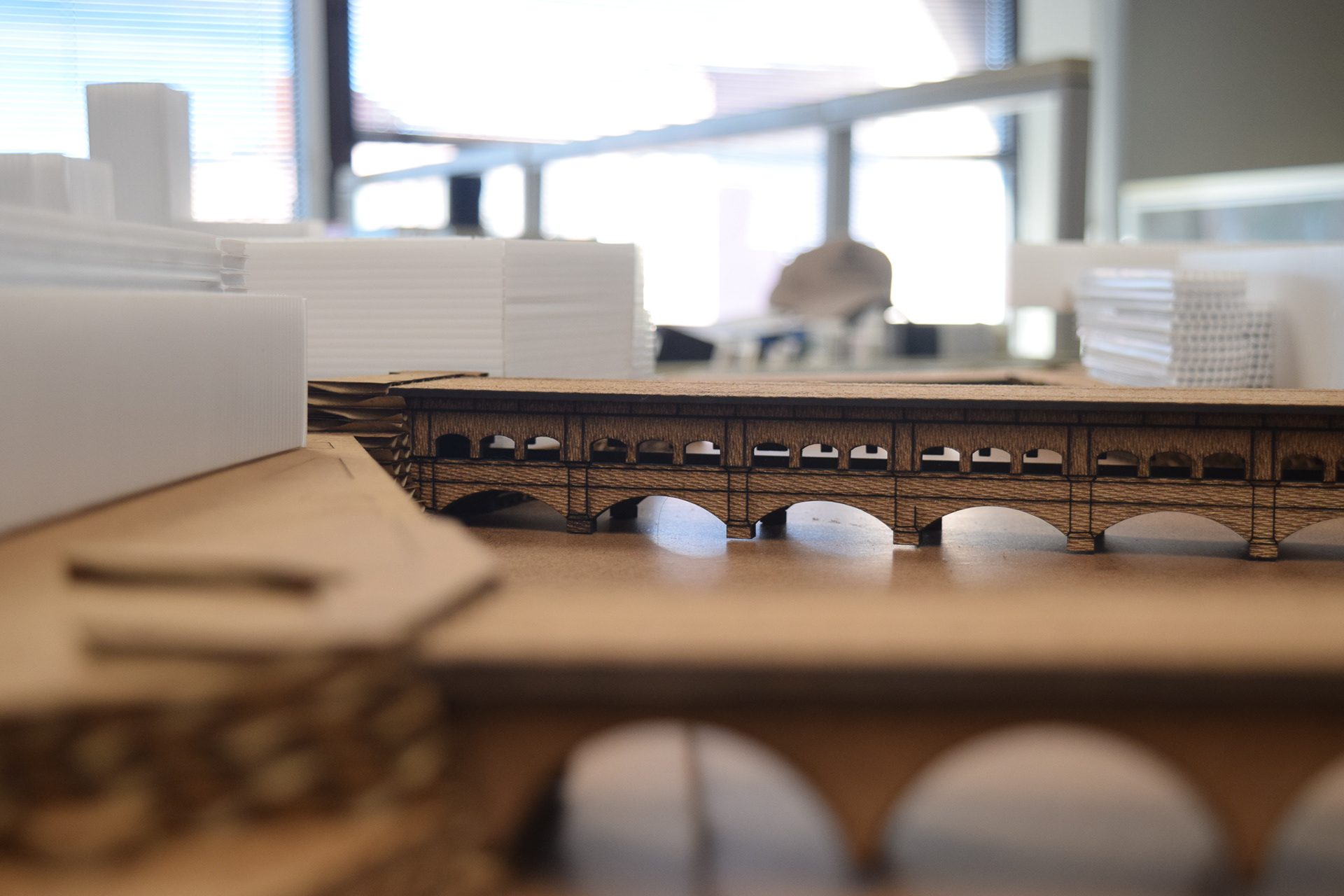 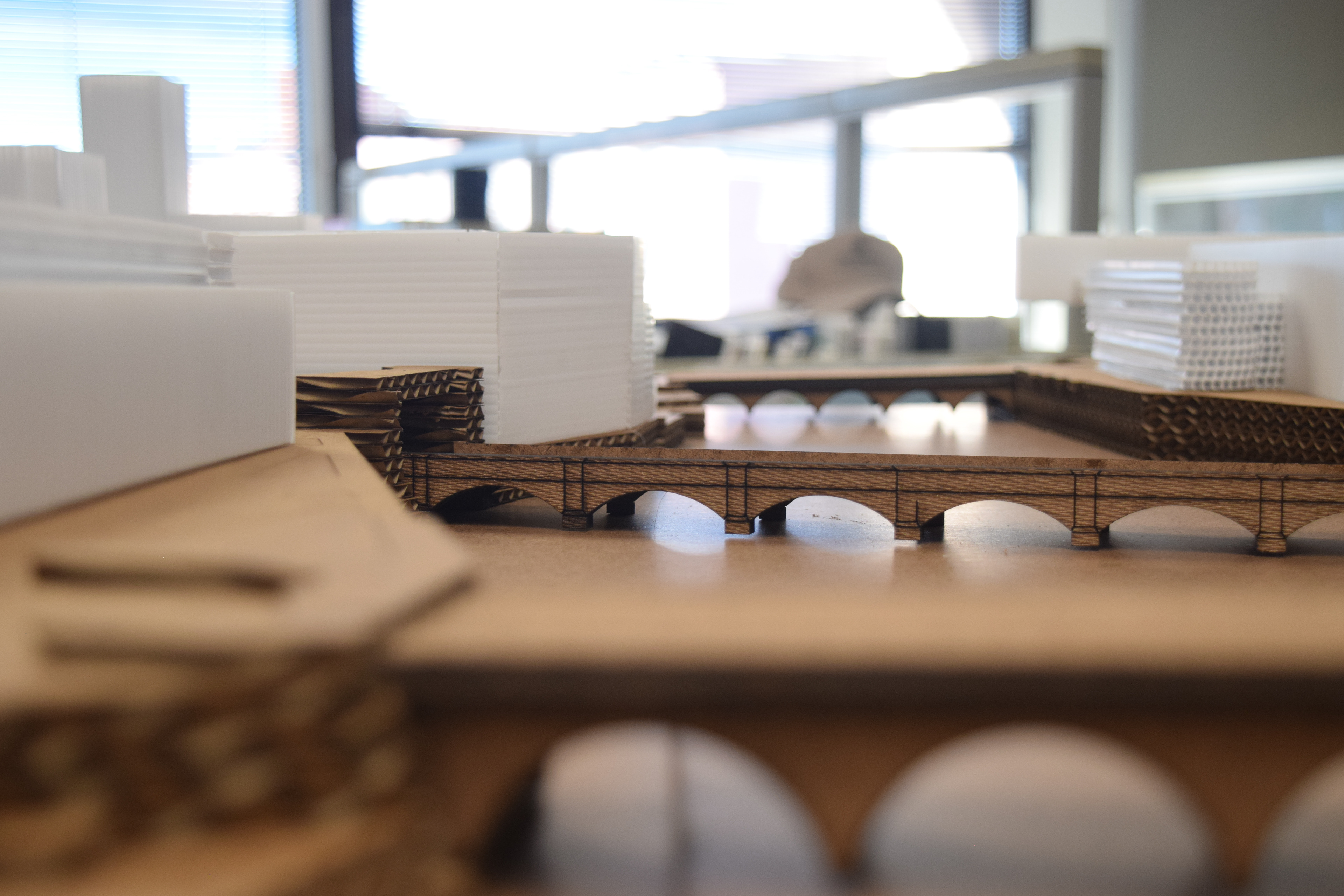